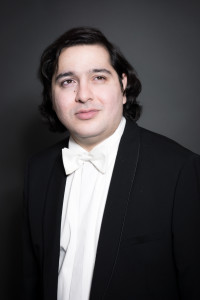 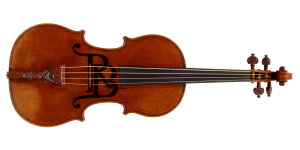 Radu Bitica was born in Brasov  Romania, into a musician family on 16.12.1984. The family moved to Paris in 1987 due to his father’s work. He graduated from the Paris Conservatory (C.N.S.M.)in 2005, he then continued his studies in the Rotterdam Conservatory and the Royal College of Music in London , where he received his Post Graduation Diplomas. At the same time he participated in masterclasses of Ida Haendel, Ivry Gitlis, Vadim Repin etc.

During the past few years he has played a number of concerts with the Bretagne Orchestra in France. He was invited in the Menton Festival in the “Jeunes Virtuoses” series for a recital, as well as in a virtuoso program for the Bagatelle Paris Festival, which was broadcasted for the Radio France.

Radu Bitica performed the Sarasate’s Carmen Fantasy in the Arsenal of Metz. He was invited in the Paris “Festival nuit classique de musique de chambre au plais Béhague” alongside Gordan Nikolic in a collaboration with the Romanian Institute in Paris. He was invited in Chamber Music Program in the “Fondation Polignac” in Paris. In Holland he played in the Rotterdam Doelen the Kammerkonzert of Alban Berg and the Violin Concerto “to the memory of an angel” in Middelbourg.
He has recorded the Trout Quintet alongside the solo cello of the London Philarmonia Orchestra, David Cohen and Yuri Zhislin in London.
Radu Bitica played the 4 Lauds of Eliott Carter in the Royal College Festival for the 100 years anniversary of Eliott Carter and in the 50th anniversary of George Enesco’s death in Paris, which was broadcasted for the Romanian Television.
In the Clos Vougeot Festival, where he played alongside a member of the Metropolitan Opera Orchestra of New York, he recieved this review:

“It’s Radu Bitica that has most marked this concert with his Sonata for solo violin of Bartok . Violinist with a shy look , when entering on the stage, he causes a tidal wave of emotion when the bow touches the strings. Radu Bitica has a presence, a huge musical aura. Bartok is difficult repertoire. Played by Bitica, this becomes an odd to the music.”

In parallel of the solo and chamber music schedule, he has been invited to play by international Orchestras. He was 1st violin no 4 in the London Philharmonic orchestra and he has been invited as a Concertmaster for the productions of the Orchestre d’Auvergne.
During his studies in London, Radu Bitica received the John Weller and Frederick Johnston Award and the support of the Ratiu Family Trust London. He also received the Dijon Opera’s scholarship for the Vadim Repin Masterclass and financial support from the Clos Vougeot Festival for his career development.

Radu Bitica is a recipient of the prestigious Trust of the “Fondation d ‘Entreprise Banque Populaire” in Paris.